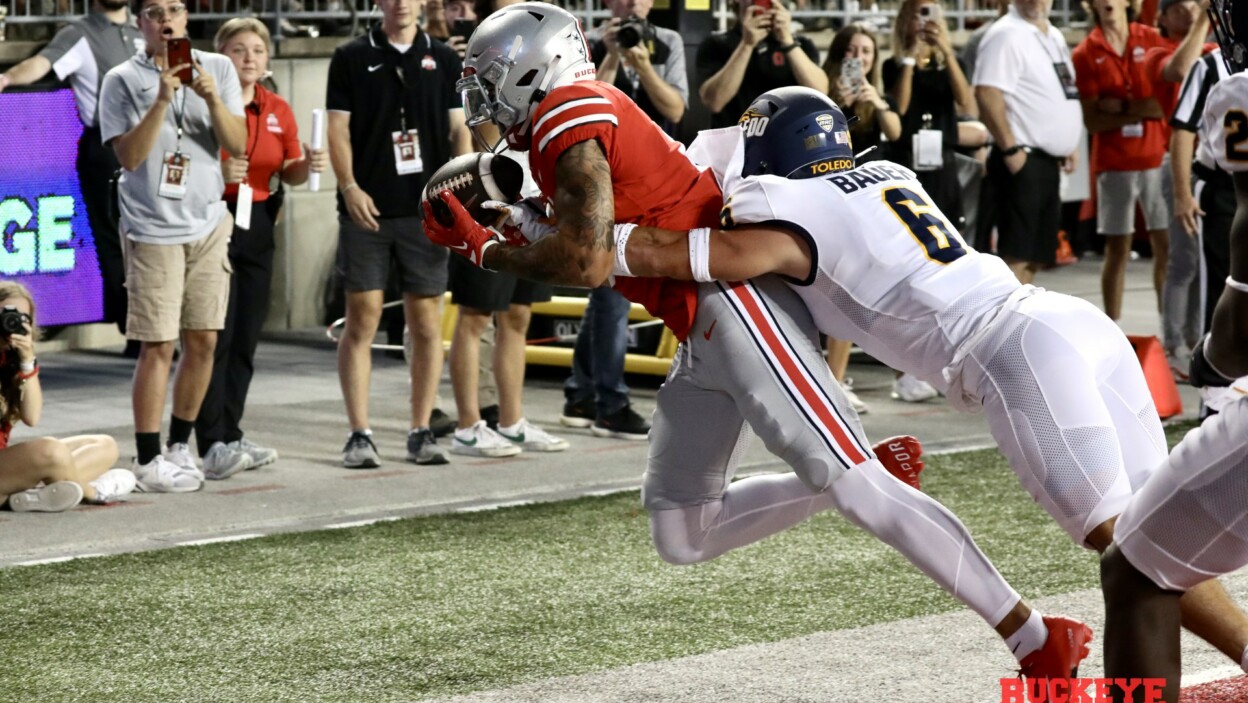 Julian Fleming Building Upon Past, Not Forgetting It

Ohio State wide receiver Julian Fleming saw his first action of the year this past Saturday night in the Buckeyes’ 77-21 win over Toledo. He caught three passes for 23 yards and a pair of touchdowns.

His first career two-touchdown game was three years in the making for the junior out of Catawissa, Pennsylvania. And not enough of those years have gone according to plan for Fleming.

His first two years in Columbus were hampered by a shoulder injury, which cut into his availability for the Buckeyes. He was finally over the shoulder issue this spring, but was then dealing with a different tweak late in preseason practice.

But Julian Fleming was finally good enough to go on Saturday and the results were positive.

“I think he showed everybody what he can do in a small glimpse,” quarterback CJ Stroud said after the win. “I definitely think that people kind of maybe forgot about him or whatever the case may be, but at the same time he’s quick to remind people. He’s been working really, really hard in the offseason. I’m super proud of him to be able to come in and impact the game that quick with a hell of a catch on the sideline, and then that second touchdown where he just had crisp route running and body language. I definitely think Julian has a lot more football ahead of him and he will continue to be great.”

Fleming entered the game with 19 career catches with just one touchdown. To finally be back on the field for the first time since January, and then to make an immediate impact, the game couldn’t have gone better.

“Man, it was honestly just a really crazy experience,” Fleming said after the game. “There’s been a lot of trials and tribulations that I’ve had to go through to get to this point, but just to be able to go out and play with my team, one of the best teams in the country, it’s a great experience.”

Fleming was a game-time decision each of the last two weeks. In week two against Arkansas State, the medical staff decided to err on the side of caution and hold him out. Missing those first two weeks of the season could have been devastating for Fleming, but he remained grounded.

“It ripped me apart a little bit at first, but just being able to talk to some of my teammates, thinking about some of my teammates that have been through so many things and have been able to come back, it just kind of kept me in a positive head,” Fleming said. “And just to think that there’s so many other things in the world that could really be happening, complaining about a little tweak. So, I just had to take it on the chest, come up with a positive attitude, help my teammates out as much as possible, and get the treatment I needed.”

Julian Fleming carries the proper approach with him wherever he goes now. He’s a more mature player, after all, so the growth has been a natural progression.

No matter how mature a player is, however, it’s difficult to be away from the field. Which is also why it meant so much to Fleming to get back on it this past weekend.

“I definitely needed it. It feels like it’s been forever since I’ve played football,” he said. “Like, I was talking to my friends in the locker room, I’m like, ‘Man, it feels weird to have these pads on with the jersey and everything.’ So it was definitely a confidence boost for me, as it was for the rest of the team. And now we’re on to the next week.”

The same can be said for the first half of his career at Ohio State. Following the game, he was asked if this is the “restart” of his career. Based upon his answer, it’s clear that he’s not trying to forget those first two years, he’s trying to make them mean something.

“No, I don’t think it’s the restart of my career. It’s a building block,” he said. “I’ve been through a lot of adversity. I’ve been through a lot of things that a lot of people haven’t been. A lot of things that I didn’t expect to go through. Without those things, I wouldn’t be in the position I am right now. I wouldn’t be the player I am right now. So I just think those past two years, they’re just years to build on, they’re years to add on, they’re years to look back on and kind of look back on what built me into what I am right now.” 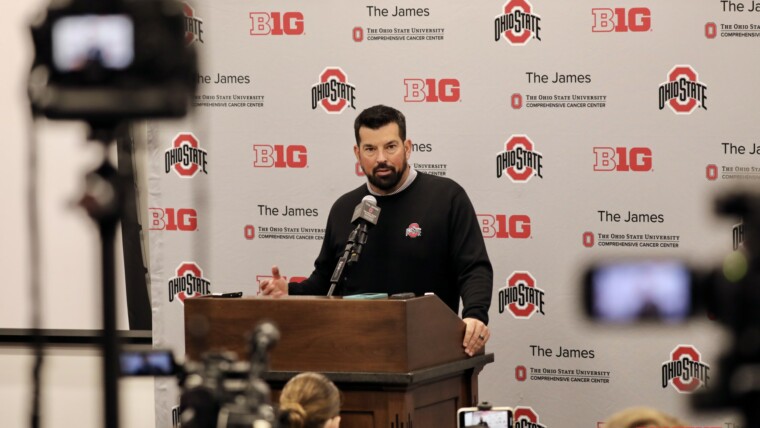