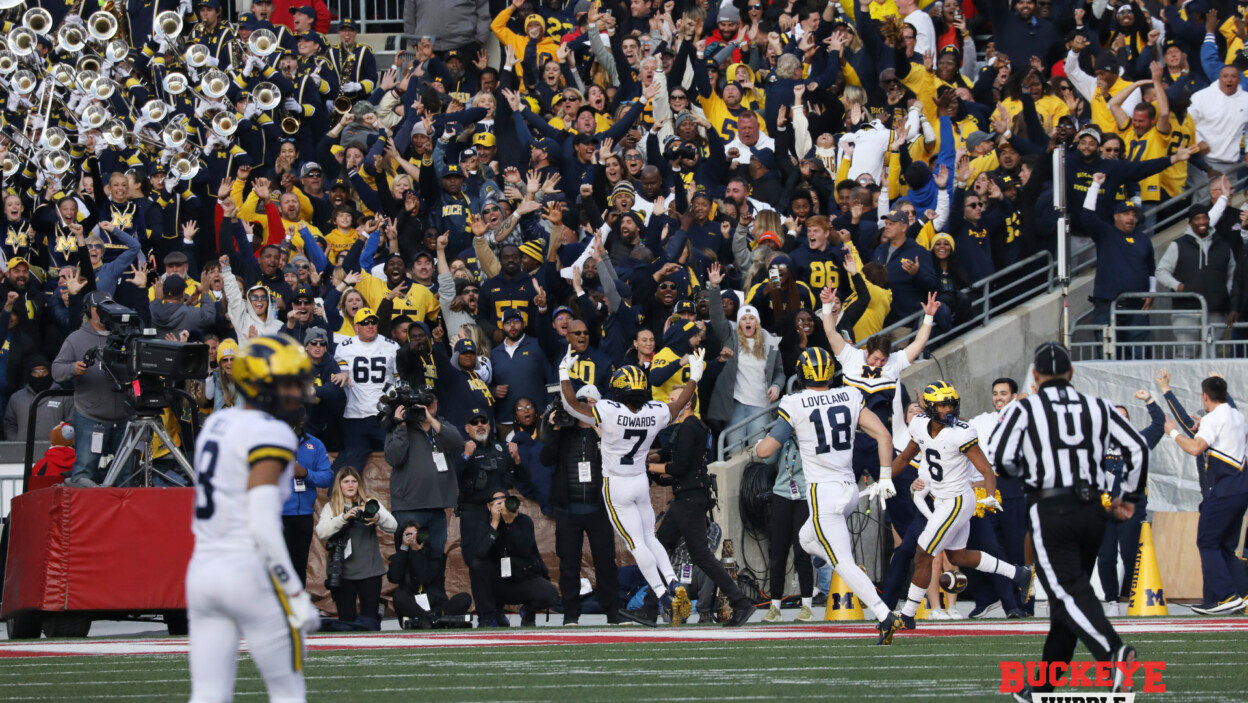 On Saturday, Michigan outlasted Ohio State and then outran them, beating the Buckeyes 45-23.

Ohio State was favored by more than a touchdown. Michigan’s best player was a decoy. The Buckeyes had revenge on their minds.

None of it mattered.

In the aftermath of yesterday’s loss, here are nine questions searching for answers for the Buckeyes.

How do you remove the doubt?

Michigan came into this game with confidence because they knew last year’s game was no fluke. Ohio State came into this game burning for revenge, but also knowing that last year’s game was no fluke. By the third quarter, the doubt had begun to set in for Ohio State, and Michigan saw it. They fed off of it. It’s the same kind of doubt that the Wolverines used to have when facing the Buckeyes. So how do you get rid of it? How do you return it? How do you keep it from holding you back?

Last year, Michigan won the line of scrimmage against the Buckeyes and created the narrative that Ohio State was soft. In the offseason, Ohio State went to work in the weight room in order to toughen themselves up physically. They held Michigan to 84 yards rushing on their first 30 carries. But it was the five carries for 168 yards in the fourth quarter that provided all the insurance that was necessary. Michigan threw just two passes in the fourth quarter and didn’t complete either of them. Ohio State was physically tough enough in this game, but you could argue that they wilted and didn’t have the mental toughness to overcome adversity and see things through. The discipline was also lacking and did nothing to help Ohio State in this game.

How much of this loss is on Jim Knowles?

Nearly two-thirds of Michigan’s total yardage came via five plays. This has been a season of random coverage busts for the Buckeyes, but yesterday was a greatest hits compilation of blown coverages in the secondary. Did Jim Knowles need to be so aggressive, leaving the back end without the help that was ultimately needed? Coming into this game, everybody said you have to make JJ McCarthy beat you. But that was when Blake Corum was supposed to be healthy. McCarthy did end up beating them, but they didn’t make him do it. They allowed it to happen with the mistakes in the secondary, and he took full advantage all day long.

What is CJ Stroud’s legacy at Ohio State?

CJ Stroud is arguably the greatest passer in Ohio State history, but that’s not how he is going to be remembered as a starting quarterback at OSU. He went 0-2 against Michigan. He never won a Big Ten Championship. He may not end up making the playoffs. And if the Buckeyes don’t play in the playoffs, there’s probably a 90% chance that you’ve seen the last of CJ Stroud in the scarlet and gray. There are all kinds of stats with which to measure a quarterback, but at Ohio State, the first stat is your record against Michigan. Was he the cause of either of the two losses? No. Did he do enough to win the games? Hard to say that he did when the Buckeyes averaged about half the points in those two games as they do every other game. CJ Stroud deserved better outcomes than his play gave him, but the record is what it is.

Is it time for somebody else to do the play-calling?

This is a question being asked by a lot of people at this point. The Buckeyes are routinely in the top three or four in the nation in scoring and total offense, so questioning the play-calling seems silly. But against the best teams, the lack of scoring has grown concerning. There is always a finger to point and if scoring is an issue, those fingers will always end up in the direction of the guy calling the plays.

Can you set the tone offensively without running the ball?

Perhaps the most surprising thing about this game over the first three quarters was how effectively Ohio State ran the ball, especially considering it was mostly Chip Trayanum who was doing it. The Buckeyes ran the ball 11 times in the first quarter and nine times in the second quarter. Then for the entire second half, they ran it just nine times. They did lose a drive to a first-and-35 situation, but they actually ran the ball once in that stretch. Ryan Day has asked himself after games if he gave up on the run too quickly. The answer to that question in this game is yes.

Should Ryan Day be on the hot seat?

How do you win at Michigan next year?

Stick with what’s working and stop doing the stuff that isn’t. And then profit. There is this weird fine line between making too much of the game and creating this unachievable feat, and not making enough of it and taking it less seriously than you should. If you lean one way or the other, it could cost you. Ohio State’s teams in the 1990s were tight. Or would get tight as the game went on. Michigan’s teams were always looser. Always cockier. Always more confident. There is going to be even more pressure on the Buckeyes next year that Ryan Day may have to just take it all off of their shoulders and take a more relaxed view of things. Which is how it seemed Jim Harbaugh and Michigan were operating in the week leading up to Saturday’s victory. #HappyWarriors

If your team is designed to win a national championship but can’t beat Michigan, is it time to revisit the design?

Adapt or die. There are only two options. Unless you can start making the playoffs with a loss to Michigan, which isn’t out of the picture yet. Nor will it be once the playoffs expand to 12 teams. Okay, so it looks like there are three options: adapt, die, acceptance. But this also implies that the Ohio State program as it is currently built can win a national championship. With the discipline they showed on Saturday, that seems doubtful. And that would be the case any year. If you aren’t disciplined enough to beat Michigan, good luck beating somebody better. 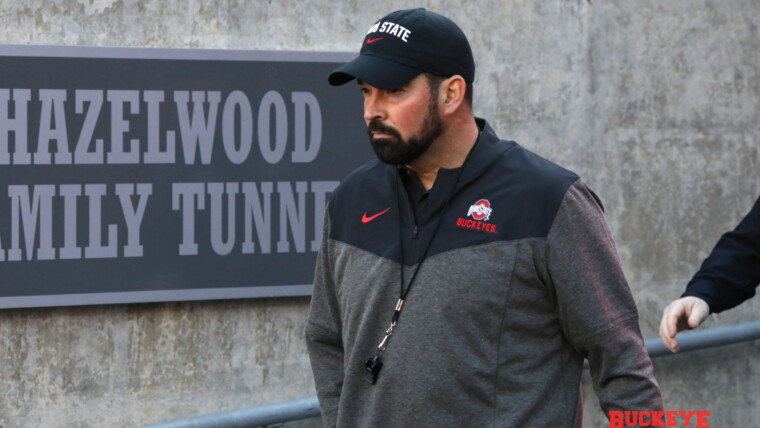