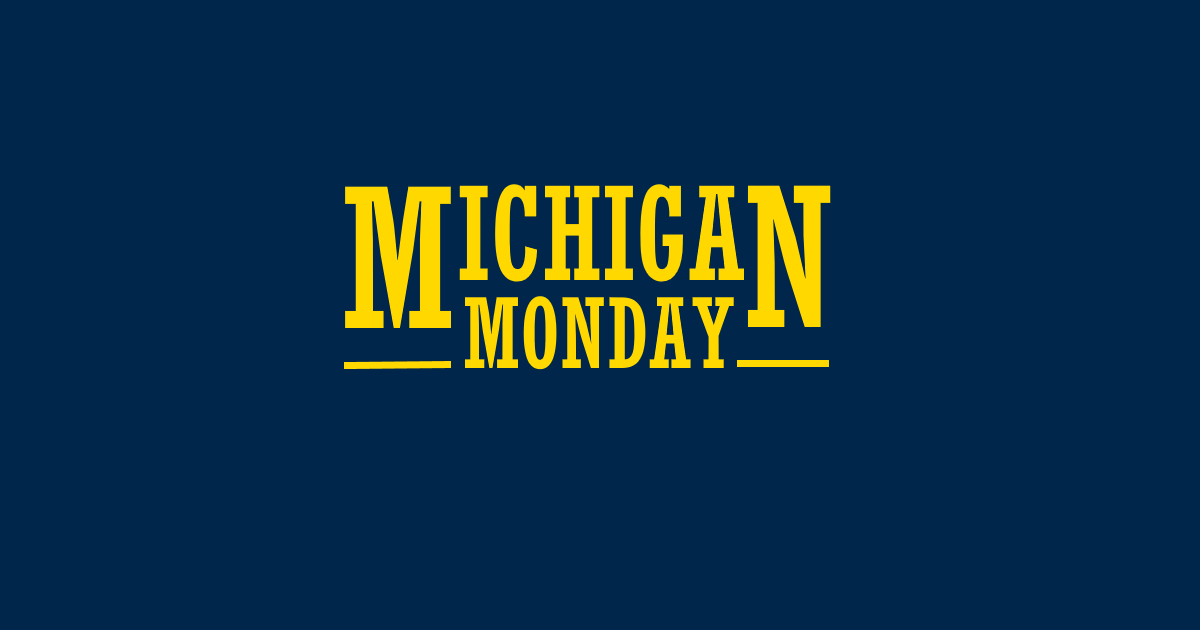 Michigan Monday: Recess Is Over

Michigan has finished the most embarrassingly easy non-conference schedule for a major Big Ten team in quite some time. Saturday’s finale saw the Wolverines beat Connecticut 59-0, and the game was sickeningly less close than the score indicated.

Nothing can be gleaned from a game where seven Michigan quarterbacks completed a pass and 11 different Wolverines carried the ball. There is no legitimate insight that I can provide from this game.

Which is, of course, terribly ironic because even I completed two passes against the Huskies, including a 7-yard touchdown to walk-on receiver Grady Horschelhoeft, and I still didn’t learn a damn thing from this game.

Needless to say, I have been torn on what to actually write about this week, because it’s damn sure not going to be about a game against UConn. Geno Auriemma isn’t walking through that door, folks.

I had one thought about just reposting the Michigan Monday from Toledo’s win over Michigan in 2008, but I don’t remember what it says and I don’t want to get canceled for something I wrote back when it was acceptable to be written.

Instead of writing about what has been learned about this Michigan team against UConn, I thought it would be more prudent to discuss what we still don’t yet know about the Wolverines.

Is this a cop-out? Perhaps, but it’s still better than having to watch the Connecticut game and then also writing about it.

When Michigan Is On Offense

This is now JJ McCarthy’s team, and while that means a higher ceiling, we still don’t know what the floorplan looks like. I suspect it will be very good, but McCarthy has thrown all of 25 career passes against ranked opponents. How well will he protect the ball against a good defense? How long will he stay in the pocket before bolting? Is he still good for a turnover or two a game like he was last year? Or was that just a freshman thing?

It looks like Ronnie Bell, Roman Wilson, and Cornelius Johnson are going to be the “big three” in the passing game this year, which is smart since those are the three most consistent receivers on the team. They each bring something different to the passing game, and all three possess the reliability a young quarterback needs.

Blake Corum is a very good running back but he should have averaged more than six yards per carry in each of the three non-conference games, instead of doing it just once. We don’t yet know if he can carry an offense. Or even be the No. 1 back.

We know that Corum can be a change-of-pace running back, but can he be a guy that actually sets the pace for an entire season? We have no idea.

I can hear Michigan fans grumbling right now and wanting to counter this question, which is fine, but what do you make of the fact that Blake Corum has rushed for more yards in his six career non-conference games (642 yards) than he has in his 15 career conference games (622 yards)?

I’m not saying he can’t carry a running game, I’m just saying he hasn’t done it yet.

With the offensive line he has this year, the schedule the Wolverines play, and now with a quarterback who can scare a defense, if Corum is going to do it, this would be the season.

It is going to be interesting to see how much more Donovan Edwards gets involved in the running game as the calendar turns.

When Michigan Is On Defense

What can we truly know about a defense when the guy who is tied for second on the team in tackles for loss was a slot receiver last year?

I really only have thoughts on this defense based on what I saw from these guys last year, which is a fine starting point, but it’s no longer accurate.

Formulating an opinion on the Michigan defense after this non-conference schedule would be like choosing a surgeon based on their ability to win a fourth-grade spelling bee.

“Did you see the way they spelled ‘inordinate’ so confidently? Wheel me in and tell ’em to scrub up.”

I don’t know what the Michigan pass rush is yet. It can’t be as good as it was last year, but it’s impossible to know yet just how close it might be. The Wolverines have played a lot of players, but eventually they need to know who they can rely upon. Do they already know who their top guys are? Games tell coaches a lot more than practices, but these first three games were more like practices than games.

I think we know the scheme works and the players know the scheme, so that’s definitely a plus. But how good would that scheme have looked last year without Aidan Hutchinson and David Ojabo? We’re going to find out this year. Pass rushers like Jaylen Harrell, Kris Jenkins, Braiden McGregor, and Mike Morris don’t need to be Hutchinson or Ojabo, but they do need to be disruptive against Big Ten offensive lines.

This Saturday they will be hosting Maryland, which will answer some questions about the Wolverines’ ability to rush the passer and defend the pass. A good performance this weekend will tell us much more than anything we’ve learned over the first three weeks.

I expect this defense will do well enough against the run. They haven’t allowed a 200-yard rushing day since 2020. I think this defense can tackle, which makes them even more effective.

The Maryland game this weekend will tell us some things. The Iowa game the following weekend will simply tell us if this defense can stay awake for an entire game against Iowa. And even if they can’t, that may still be a shutout. The Hawkeyes trip over themselves routinely, so 11 snoozing Wolverines would be like a minefield for them.

Everything is just fine here. The special teams unit is a pretty well-defined thing for the Wolverines. They kick well, they cover, they return. AJ Henning had a 61-yard punt return for a touchdown against UConn. He’s been close a time or two before. I won’t be surprised if he has another score this season.

Overall, this is one of the strengths of the team. They can play field position and know precisely where to find the hidden yardage in a game. The Michigan special teams is a winning complement to both sides of the ball because they set up the offense and defense for success whenever they are involved.

It means that Michigan’s time Off-Broadway is over. They are now done with a non-conference schedule that should have included apology letters to every Michigan season ticket holder. Ever.

But just because the conference schedule has begun doesn’t mean the Wolverines are going to be cast in a Tom Cruise movie and be asked to do their own stunts. They’re still going to be pretty safe for the time being, but at least they’ll actually be playing teams that could come close to making the FCS playoffs.

It also means that the Michigan coaching staff is still going to be learning about their team over the next few weeks. Other programs around the Big Ten already know what they have. Michigan doesn’t. They may have an idea, but there’s more theory than testimony on the team right now.

But the schedule is such that they can afford to learn on the fly. 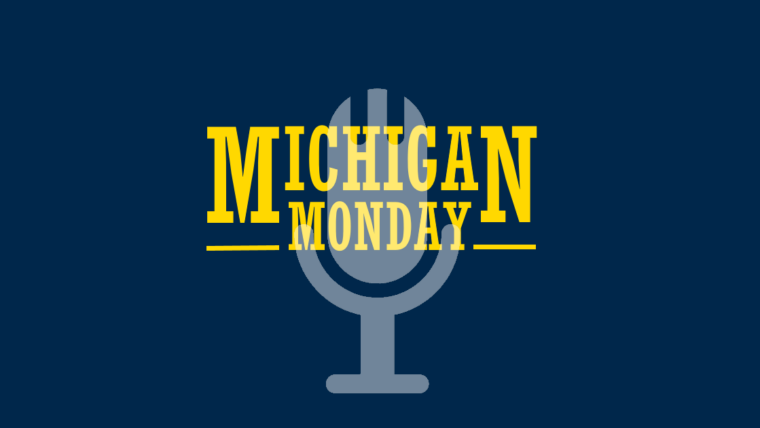