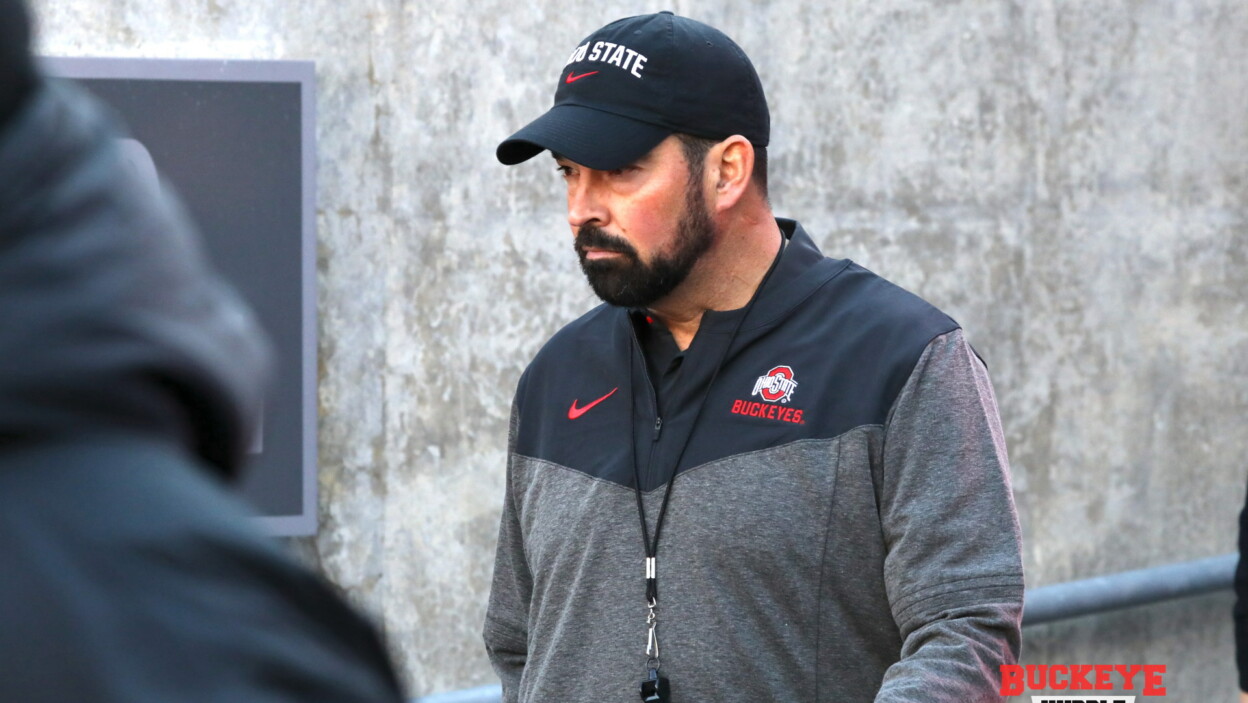 Be Careful What You Wish For

DISCLAIMER: I know what I’m writing is going to be received by many in Buckeye Nation with extreme anger, especially with the result of “The Game” that we saw on Saturday

That said, I have to say this: Be careful what you wish for.

Many Ohio State fans watched Michigan completely dominate the Buckeyes in the second half of “The Game” on Saturday for the second year in a row, resulting in a 45-23 loss and potentially eliminating the program from the 2022 College Football Playoff. Without a 2020 game, the loss also dropped Ryan Day to 1-2 against the Wolverines, the first coach since John Cooper to have a losing record against the Maize and Blue in his first 3 games.

Following the loss, Buckeye Nation ,on Twitter and message boards, were calling for the fourth year Ohio State coach’s job. To outsiders, that seems like complete overreaction. Day is now 45-5 (.900) as OSU’s head man, leading the team to two Big Ten titles, two College Football Playoffs, and one national title game. But in Columbus you are measured against your record against “That Team Up North”, and right now Day is not meeting the mark in that regard, no matter how many games he’s winning by double digits against other teams.

Before 2021, the Buckeyes had a record of 17-2 since 2001 against their rivals, only losing in 2003 and 2011, when OSU had a weird transition year with an interim coach and disheveled roster after Jim Tressel’s abrupt firing in May of 2011. It’s almost like the pre-Tressel Era (Cooper went 2-10-1 against Michigan) was blocked out of the memories of the Scarlet and Gray faithful, and all they have known is dominating this rivalry, despite still holding a losing overall record even with the run of wins the last 20 years. Regardless of how we got here, that is the new standard at Ohio State: Losing to Michigan is the exception, the very rare exception, not the rule.

So, OK, last year happened. The blind squirrel finds the nut every now and then. But this year? When OSU is at home, the weather is good, and the revenge factor is on their side? Inexcusable.

With that in mind, the sentiments that Day needs to be replaced are more understandable, although this writer personally feels they are unwarranted (for now, more on that later). But let’s pretend this is a plausible scenario that athletic director Gene Smith is contemplating—-my warning to those of you calling for this move: Be careful what you wish for.

Whether it’s this year, next year, the year after, or ever, if Ohio State ever does even decide to part with Day, or Day ever decides the NFL is something he wants to give a try (with much more realistic expectations from his fan base), those of you calling for his head better hope the Buckeyes better get the next hire right.

Far too often we see programs trade the known, proven, successful, and stable commodity for what they think is an upgrade. Nebraska traded Bo Pelini and his 67-27 record (average 9.6 wins and 3.9 losses) in Lincoln for Mike Riley then Scott Frost, who combined proceeded to go 35-50 for the Big Red. Auburn fired Gus Malzahn after the 2020 season, following the coach going 68-35 (.660) over 8 years, including going 3-5 against rival Alabama, a very respectable mark considering how the Tide dominated college football during that period. Since then, the Tigers have already fired Bryan Harsin who went 9-12 with the program and didn’t even make it through his second season—counting the games played after Harsin left, Auburn is 11-14 overall and 0-2 against Bama since firing Malzahn, who by the way is 18-7 (.720) so far through two years at UCF. Tennessee fired Phillip Fulmer for going 5-7 a year after reaching 10 wins, and compiling a 152-52 overall record (.745) and winning a national title for the Vols. Until Josh Heupel came on board in 2021, UT racked up a 73-75 record, going through 4 permanent coaches and 2 interim head men since asking Fulmer to step down. There are many more similar stories and far fewer success stories of results going the other way.

Personally, I think calling for Day’s head is absolutely premature and quite frankly, ridiculous and totally reactionary. Be mad at him? Sure. Put blame on him? Absolutely. But fire him? We’re not even close to there yet. And if we were, OSU better make sure they have it right in regards to the next man up, or they could fall quickly from grace the way Nebraska, Auburn, Tennessee, and many others have. All of those fan bases are certainly feeling like they should’ve been careful what they wished for.

Day deserves to be able to evolve and grow as a coach. Nick Saban wasn’t always the Nick Saban until he was (34-24-1 overall, 23-16-1 in Big Ten at Michigan State; 48-16 overall, 28-12 in SEC at LSU). Kirby Smart couldn’t get the big game monkey off his back until last year, needing some time to build the giant he’s created in Athens. Dabo Swinney was 31-19 in his first 4.5 seasons at Clemson. Even Jim Harbaugh has evolved over his eight years holding post in Ann Arbor, not even having reached the Big Ten title game until last season, his seventh with the Wolverines, and losing his first five games he coached in against the rival Buckeyes.

Entering year five of being a head coach (and remember this is his frst head coaching job period, not just at OSU), Day absolutely has to look in the mirror and be able to get better. He’s now 2-4 in games against top 5 teams, with losses coming against Clemson (2019), Alabama (2020), Michigan (2021) and Michigan (2022). In three of the four losses, his defense didn’t do him any favors (2019 being the lone exception), but in at least three of them (Alabama in 2020 maybe being the exception), his offense coming up short/tight play calling (and collection of penalties) was a big reason for the losses as well.

There absolutely needs to be growth from Day as a play caller and leader of his team, especially in games where he can’t out-athlete the opponent, which was the case in many of those 45 victories. I’m no Xs and Os guru, so I can’t tell you exactly WHAT needs to change, but I think Ryan Day would be the first person to tell you that if he wants to accomplish all his goals during his time in Columbus SOMETHING needs to change, or Gene Smith will be forced to make a change himself at some point.

Some point isn’t now, though. Day deserves the chance to bounce back and grow as a head coach, just like Saban, Smart, Harbaugh, and many others have. I’d say he probably deserves through next year at a minimum before the seat is even realistically hot (a loss to Michigan in 2023 and it is fair to say he is officially on the hot seat). He’s been so good for Ohio State in so many ways since Urban Meyer decided to hang it up after the 2018 season. Not only his 90-percent success rate on the field, but the work he’s done off the field and how the players and staff enjoy playing and working for him, respectively. There is no reason (yet) to think Day can’t become the star in this profession that many had him pegged to be before Saturday, but he’ll need to figure out whatever it is that is holding him and this program back, and find a way to fix it—-fast. And he better figure out how to beat Michigan again too, because John Cooper will tell you it doesn’t end well if you don’t.

Let’s see what Ryan Day is made of. I still have faith he is the man to lead this program back to the promised land. We’ll find out in time if I’m right or not. But for those of you calling for a change now: be careful what you wish for.

A-Deck: Resetting The Recruiting Board – Defense 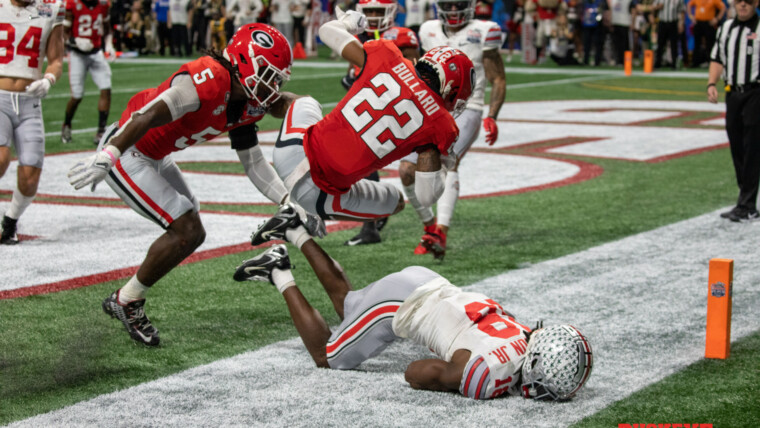 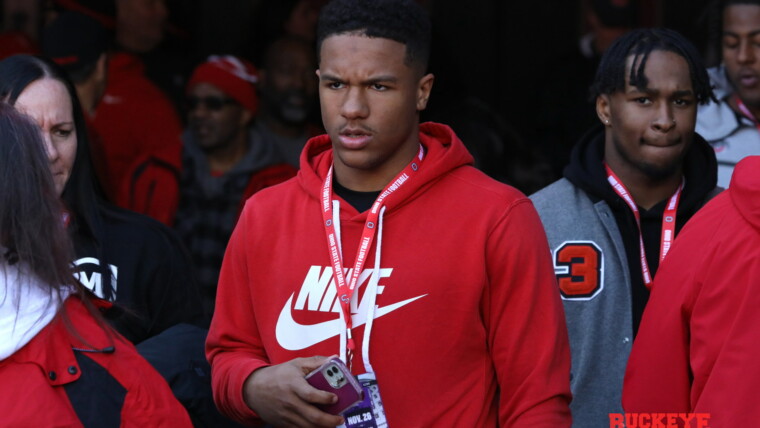 4 Replies to Be Careful What You Wish For