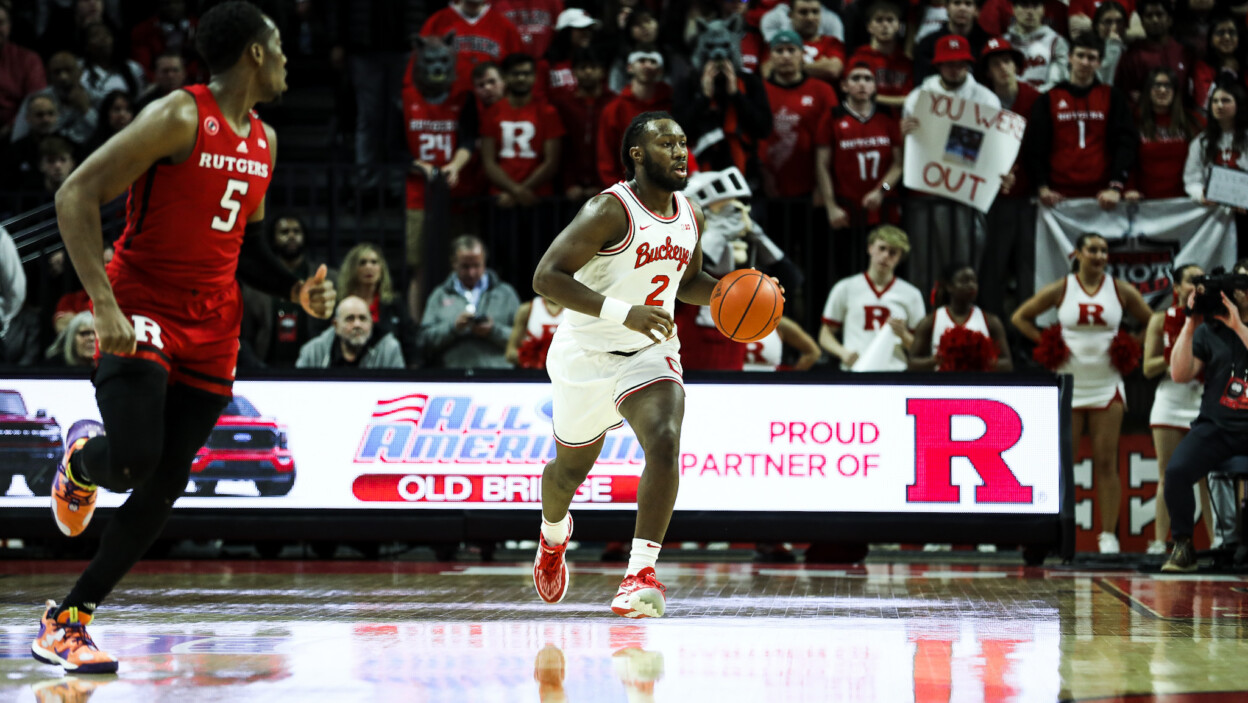 Buckeyes Lose Fourth In A Row, Fall 68-64 At Rutgers

The Scarlet Knights climb to 13-5 overall and 5-2 in Big Ten play, while the Buckeyes have suffered their fourth loss in a row, falling to 10-7 on the season and 2-4 in Big Ten play.

The first points in this game weren’t scored until a driving layup by Rutgers guard Caleb McConnell at the 16-minute mark of the first half. The Buckeyes didn’t get their first bucket until a Zed Key layup 65 seconds later. It was the beginning of a 15-0 run by the Buckeyes that featured three-pointers from Sean McNeil, Tanner Holden and Brice Sensabaugh.

That three-minute stretch encapsulated the bulk of OSU’s first-half scoring, as they led the Scarlet Knights 23-20 at the half. Ohio State opened the half with a pair of McNeil free throws to build up a five-point lead, but Rutgers immediately responded with a 7-0 run that featured five points from Cam Spencer.

A three-point play from Key gave OSU a 30-29 lead with 15:42 to play, but Spencer dropped in another three to grab the lead back. Less than a minute later, McNeil hit his own three to retake the lead for the Buckeyes at 33-32.

Freshman center Felix Okpara — who got the start in place of Key — grabbed an offensive rebound following a Sensabaugh miss and put it back in to give Ohio State a 39-38 lead with 11:41 left in the game. Sensabaugh then hit a three on the next possession down court and followed that up with a steal and a driving layup to make it 44-38 with under 11 minutes to play.

Rutgers answered the Sensabaugh run with a 7-0 run of their own to recapture the lead at 45-44. Two turnovers and a missed three by Sueing over the course of four possessions kept the Buckeyes from taking any semblance of control late, and an alley-oop dunk by Clifford Omoruyi gave Rutgers a 57-55 lead with 1:55 left in the game.

Sensabaugh tied the game at 57-57 with a jumper in the paint with 49 seconds remaining. Neither team could hit a jumper in the final seconds to win in regulation. McNeil was immediately whistled for his fifth foul to start overtime, which led to McConnell making one of two free throws to give Rutgers a 58-57 lead.

Bruce Thornton missed a three at the top of the key, but Zed Key grabbed the offensive board and put it back up and in to make it 59-58 Ohio State with 4:16 remaining. Following two offensive rebounds, Cam Spencer hit a pull-up jumper to retake the lead with 3:23 to play.

Sensabaugh answered with a pair of free throws to get the lead back for OSU at the 1:50 mark. Omoruyi dropped in a layup 16 seconds later, but Isaac Likekele’s layup at the other end spun out, which then led to a Mawot Mag three-pointer with 38 seconds remaining to give Rutgers a 65-61 lead. Sueing then missed a three-pointer on OSU’s next possession to essentially end the Buckeyes’ hopes.

Sensabaugh led the Buckeyes with 20 points on 6-of-11 shooting. He also grabbed a game-high 11 rebounds. 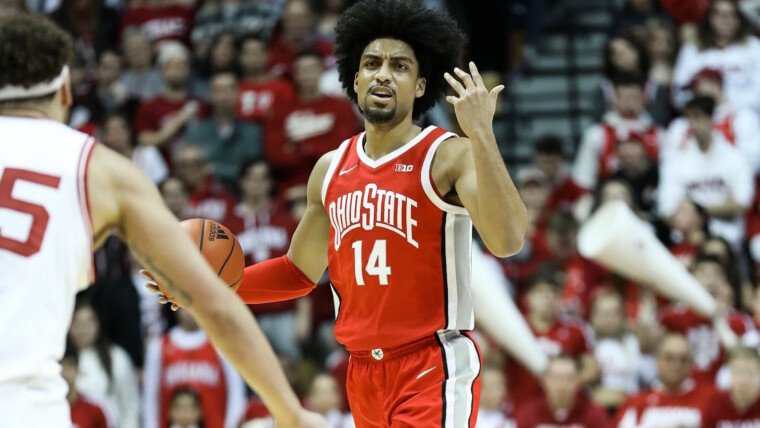 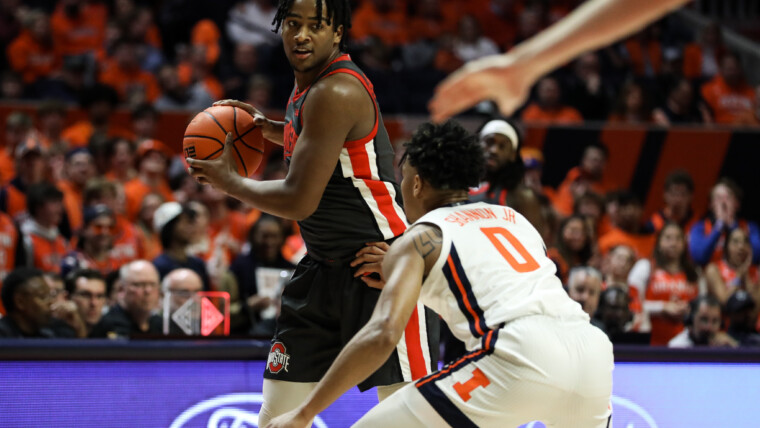 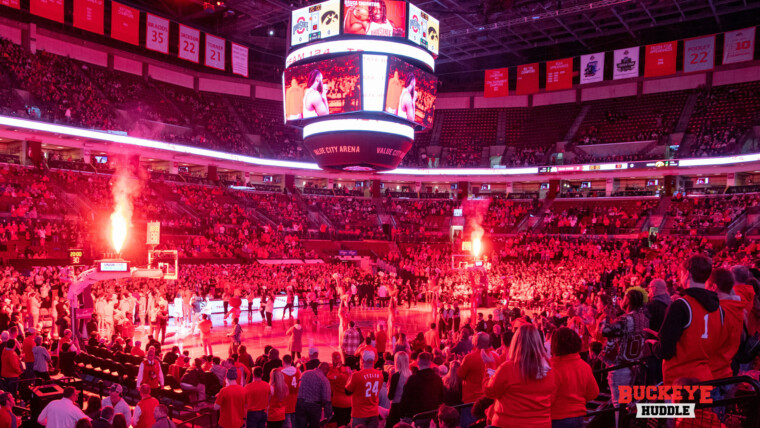 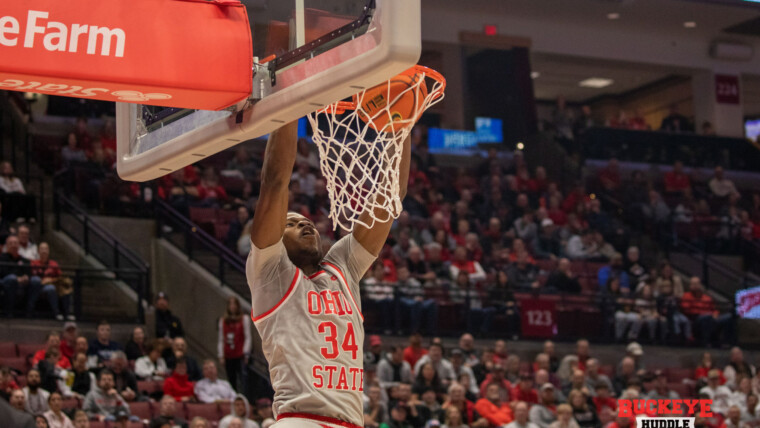